Back in the spring, three incredible budding scientists visited the lab!

Highlights from the visit include a lengthy discussion on how DNA and morphology data can sometimes have conflicting signals in support of certain evolutionary relationships. Oh, and not to forget these two awesome questions:

“So what was the first plant… and I dont mean the first LAND plant!?”

“How do you get permission to actually get the plants into the US from the field?”

We thank Charmin, Phoenix, Mingus and Rafa for stopping by the lab and sharing their excitement for science! 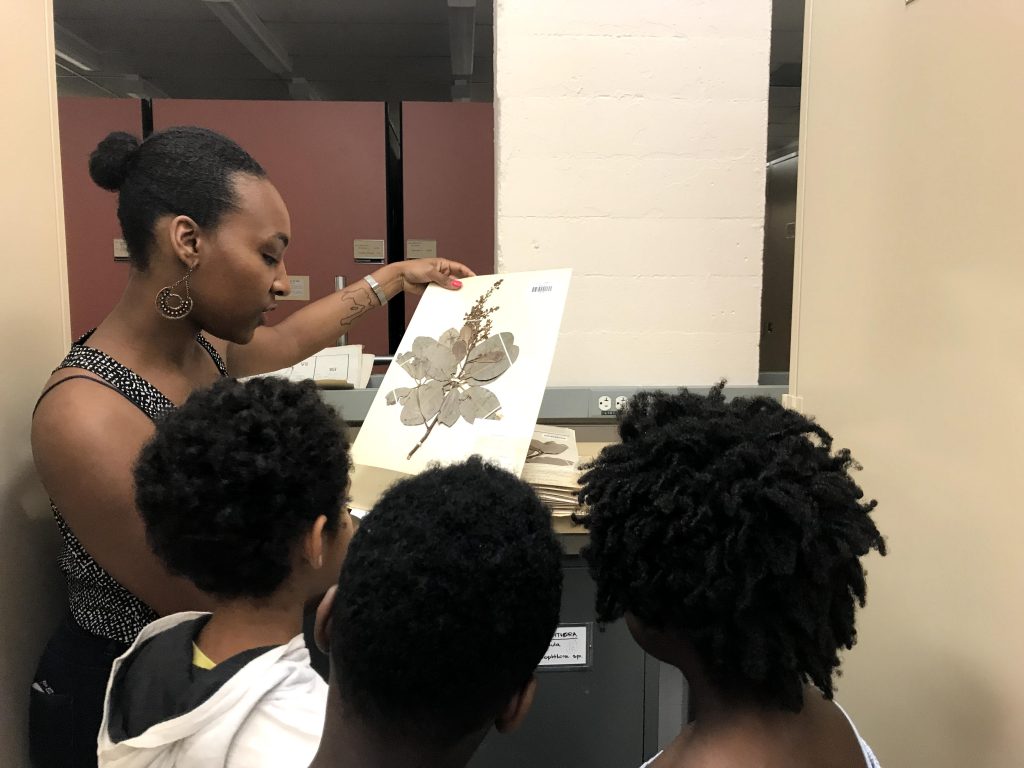 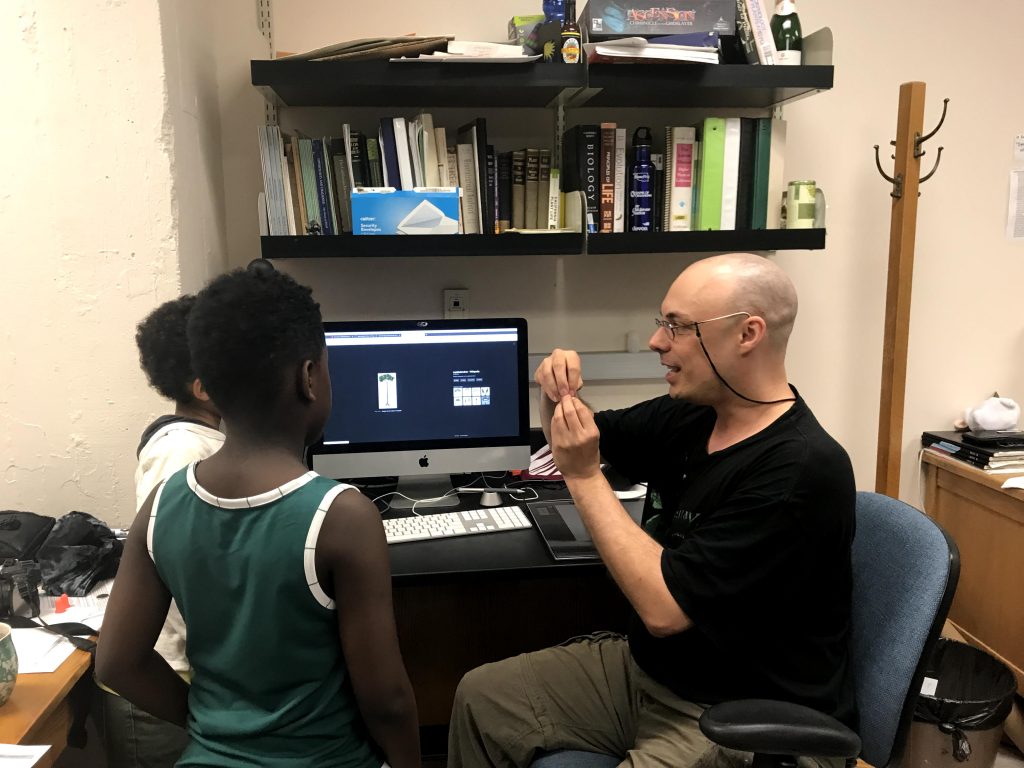 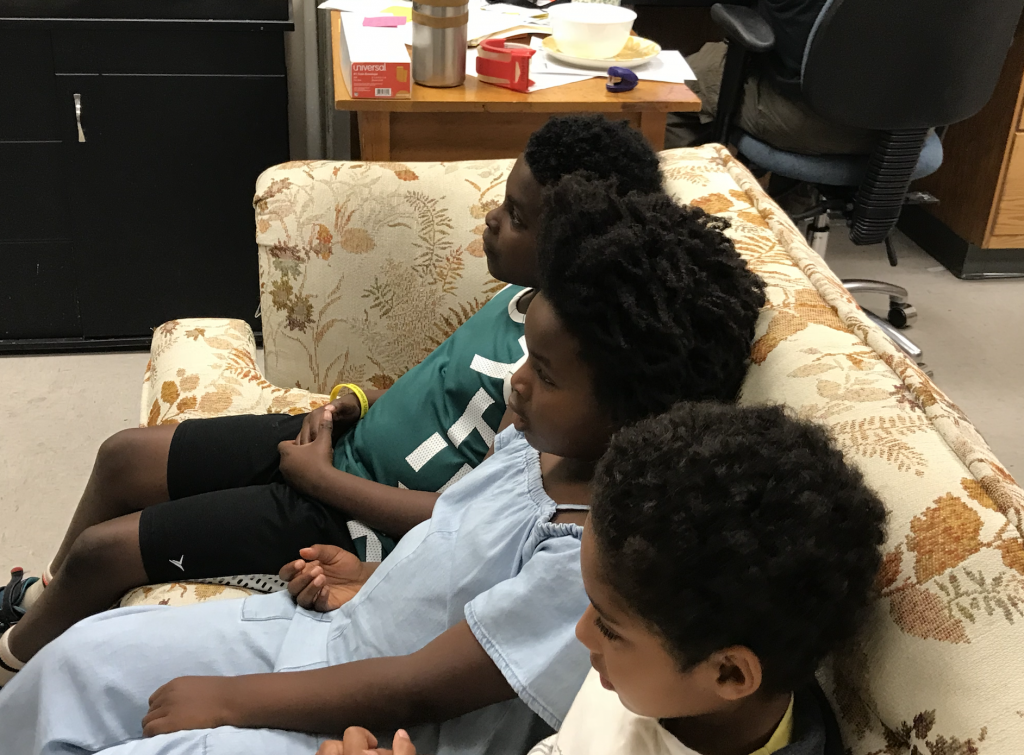 The Rothfels lab made quite an appearance in Rochester, Minnesota at Botany 2018. Talks were given by Forrest, Mick, and Carrie in the Isoëtes, Comparative genomics/transcriptomics, and Macroevolution sessions and Abby and Mick both presented in the poster session! For Mick, Carrie, and Abby, this was their first time attending a Botany conference. So exciting!

Mick, as well as friends of the Rothfels lab Jesus Martinez-Gomez and Isaac Marck received research grants from the American Society of Plant Taxonomists and were recognized at the ASPT banquet.

Our matching Rothfels lab t-shirts (made by Abby) turned out to be very popular. Unfortunately, we did not manage to get a group picture wearing them together.

Here is a report from Forrest:

Most years at Botany, those of us with seed-free plant interests get, at most, one half day with our favorite photosynthetic organisms before having to suffer through listening about flowering plants for the rest of the convention. But at Botany 2018, the ferns and lycophytes got their long overdue time to shine. For the first two days of the conference, the seed-free plants were on full, glorious display, with not one, but three full sessions dedicated to ferns and lycophytes. For someone who dearly loves the seed-free plants, this was refreshing in the extreme.

While the first day was the icing, the real cake came the second day. In honor of one of the world’s premiere Isoëtologists, Dr. W. Carl Taylor, there was a full session dedicated to one of the most amazing (in my not humble and totally biased opinion) land plants, Isoëtes. Opening with Dr. Robbin Moran delivering a short biography on Dr. Taylor, what followed was a series of talks ranging from the paleo-history of the order to updates from members of the Isoëtes community from around the world on their efforts with the genus. As Isoëtes rarely gets more than a cursory mention at these conferences, it was very enjoyable to listen to half a day dedicated to a genus that doesn’t get nearly as much attention as it should.

After the second day, I don’t really remember much else, having spent all of my mental energy on the first two (actually being engaged with the talks will do that to a person). Overall, this year’s Botany was probably my favorite yet, and will likely remain so for many years.

This year was my first time attending Botany and what an exciting event! I attended the pre-conference field trip to the Forestville/Mystery cave state park, focused on “microhabitat extremes.” Karst features in the limestone (areas where rock has dissolved away, leaving behind caves and cracks) can hold ice in their crevasses year round. That, combined with airflow through the rock causes small areas of cold air where you find populations of plants growing disjunct from larger populations found in colder, more northern areas. The bedrock of the area was all Ordovician limestone which was very exciting for me because I spent the beginning of this summer doing geology fieldwork in Oklahoma on the same fossil assemblages in Ordovician limestone. We saw many trilobites, brachiopods, gastropods, echinoderms, and a few cephalopods!

The rest of the conference was great as well. I attended some paleobotanical talks as well as the macroevolution and island biogeography sessions. It was very exciting to meet so many botanists and to be exposed to the current botanical research that is going on. I felt like I was witnessing the forefront of science!

**A warning to fellow poster authors: don’t leave unattended poster tubes in the Mall of America. Mall security might think its a bomb and you’ll have to be interrogated and wait for a police dog to investigate before they give it back. Carrie and I had the pleasure of experiencing this as we were trying to make it to the airport to catch our flights.